Today the sawmill has been restructured preserving the features of the ancient sawmill with the purpose to let the guest know the meticulous and ingenious method they have developed to speed up such a long and laborious work.

In XVIII century was very important timber in Carnia forests for the construction of the Arsenal of the Serenissima Republic of Venice. In fact, at that time many sawmills were built, among them the one at Casteons of Paluzza, “la Sie da Fuce”, whose first document dates back to 1651. Was buid an irrigation ditch to facilitate the functioning: an artificial channel started from Enfretors below the Torre Moscarda, where the water of the stream where channeling to power the drive wheel for moving the gears for the saw work. The sawmill was bought from Englaro Family on March 1900 and it worked until middle 80 years, when the cannal was abolish. 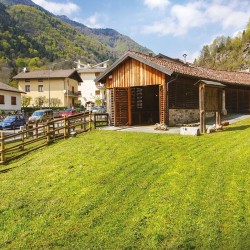 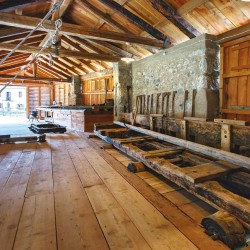 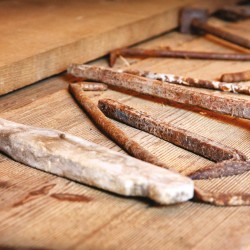 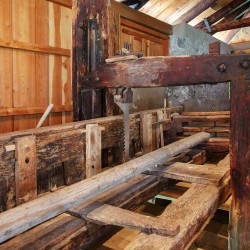 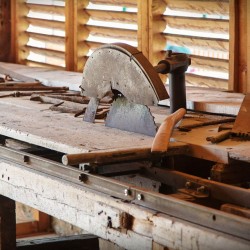 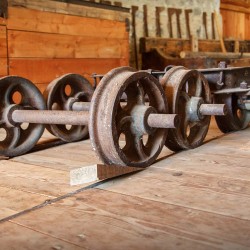