The Moscarda Tower was built in XIII century at the “Enfretors” location (between the towers). The name comes by two towers located on the side of the creek But: the one on the right bank was destroyed in 1836 while the one on the left side is still visible and it’s called Moscarda Tower.

Their origin dates back to the Roman times, when the Julia Augusta road was built by Emperor Augustus,  from Aquileia through the Plocken Pass door, to reach other european Countries. Thanks to this network connection the But valley became an important politician, economic and military center. About that along the Julia Augusta Road many castles were built in connection one to each other for defense and to look-out, one of them was built also in Paluzza on the San Daniele Hill and was supported by the two mentioned towers. During the years the Moscarda Tower went under many restorations, it’s still accessible from two paths: one starting from East along the road leading to the San Daniel Church while the other one is accessible by the Nord side. 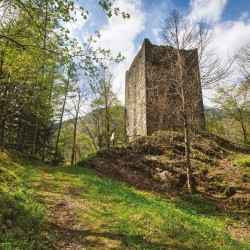 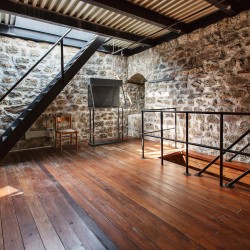